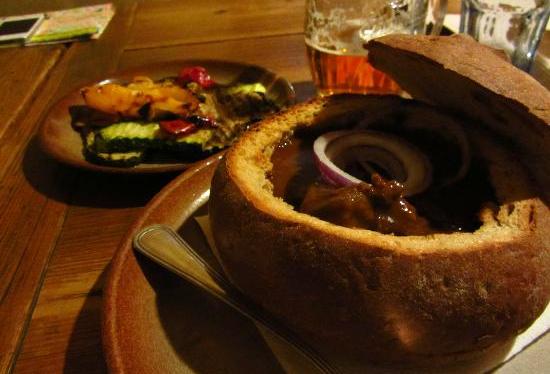 The people are not that…..friendly, and not enough of them speak English. They have a great local beer. it’s a cool city! Especially hanging out at the ruin bars that the city offers. that how I could sum my experience & opinion after spending five days in the city.

Budapest 18-22/11/14!
I left the hostel at the morning and headed off to meet two of my friends who were traveling at the same time also. They made a stop in Budapest for two days and a student from Brazil studying there was hosting them. Our first stop was to go to the central market in Budapest to get some coffee. And I also bought there some food for the next days. Our guide around the city was the Brazilian student. He took us to eat “langosh” (pita, cream cheese & cheese).

We went for a walk along the river and climbed up to the “Buda castle” in the Buda side. It was a nice viewpoint to see the city. While walking, we stopped to chat with other people. Then we headed off to a bar for a few beers. Later that night I had the pleasure to be invited to a dinner, where I had the chance to see how cool it is to be abroad and watch Israelis connecting with people from other countries. People that in reality are a heavily guarded border away from each other. There was a Lebanese guy that was eating in the same table with me and some Israeli friends I just met. As for the rest of my stay, I was mostly hanging out with friends I just made.

The place I was staying at – the “full moon design hostel” had some positive and negative things to it.
The location was great, but the nightclub part of the hostel was directly below the rooms. I couldn’t sleep because of the noise on the first night. I felt the bass all night so I had to use ear plugs, which didn’t help that much. The nightclub was working every night, and hotel guests could enter free of charge. The staff was really nice – the next day I asked for a room change and they agreed.

One of the greatest things in Budapest are the “ruin bars”. I visited two of them – “szimpla” and “fogashaz”. You must visit the both of them! A “ruin bar” is a building that has 3 floors, and supposed to have something like 6 apartments , but instead, the owners make it into a huge bar!! I can’t offer a better explanation, you’ll have to be there and see :).

A day before the last day I climbed up to a place where I saw the lady up in the Buda side! It’s a little bit of a workout but I had to do it . That was how I found out how beautiful it is to see the city from up there. 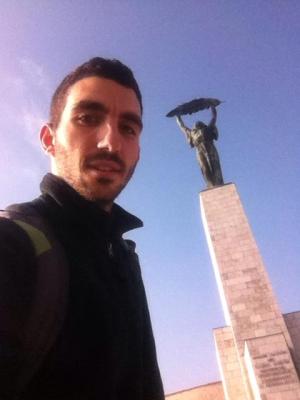 After that I just headed off to a spontaneous 2 hour train ride south of Budapest to Szeged in order to meet a friend before my flight back home. My rule number 1 – just be spontaneous.

If you will visit Budapest someday, don’t forget to eat “Goulash” soup and to drink the local beer “Soproni” .